Working on Mental Images and Emotions:

This study aims to show how Milton Erickson’s Approach

integrated by the Psycho-neural V A-E Model can give empirically tested results.

but examining how both these two processes

The descriptions of Erickson’s sessions are often

nothing more than the telling of one story after the other.

the attitudesof the subject and what he feels and thinks.

Erickson believed in the effectiveness

of the images and the kinesthetic memories.

By working, in a specific way, on some mental images it’s possible rapidly

to manage the emotion linked to themand the unpleasant behaviour,

because visual and Auditory stimuli are recorded in the brain

in specific neural tracts that are connected with the Emotional areas

and there is such connection-conditioning

so that mental images and emotions can be recalled reciprocally.

The recent advent of brain imaging techniques, combined with a

with the process of consciousness alteration.

Information by Neurosciences on:

and other areas linked to them.

2 – How the visual areas are connected with emotional areas

3 – How emotion connected with mental images

can become conditioned response and so influence behaviour. 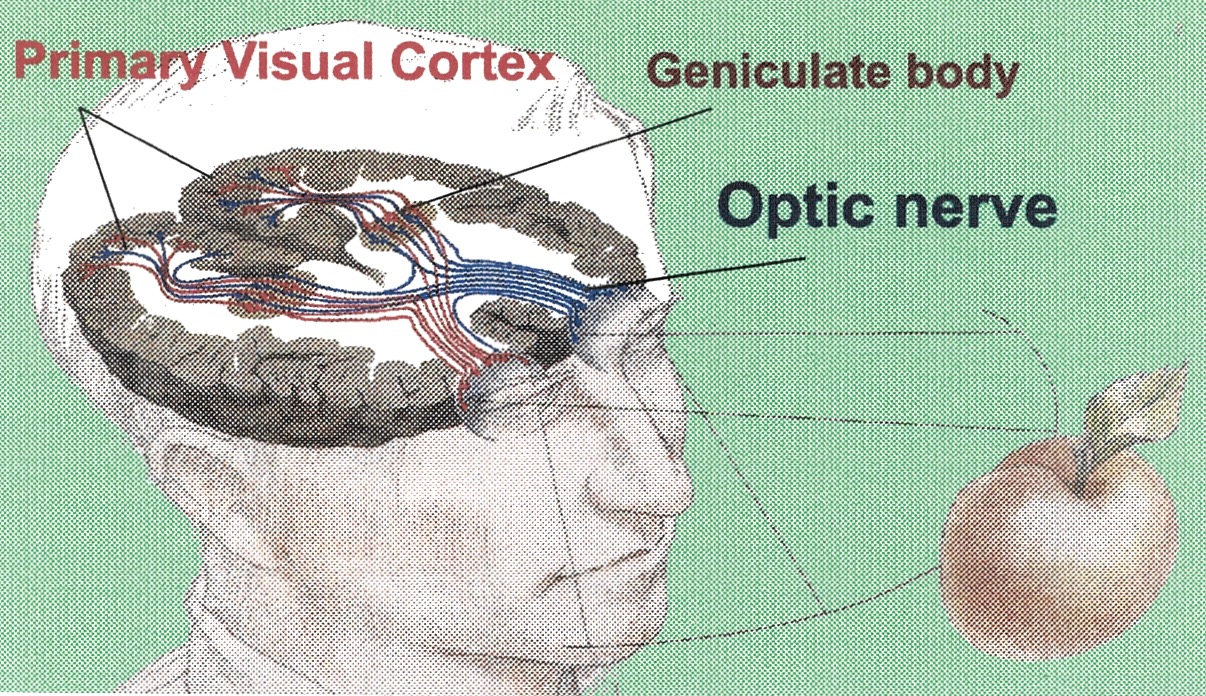 The eye receptors change the light into electric signals that

reach the lateral geniculate body through the optic stretch until

to get to the visual cortex, maintaining a topographical order.

that have an energy which activates physiologic states and

<<Topographic representation is a systematic relation

between one structure map and the next one: the several

geniculate body, and these of the cortex, can be connected

<<It’s true that the thought comprises also words and symbols, but both words

and symbolsare based on topographically organized representations

From the “priming” experiments we know that representations

are secretely elaborated, can influence the thought processes,

and can come back to the \ consciousness later.A.R.Damasio, 1995)

Steven Kosslyn and his group, Hanna Damasio and Thomas Grabownki

have found that the evoking of visual images

activates the visual cortex and the other areas

in which there are topographically organized representations.

to activate the emotional circuits ( J.LeDoux 1999).

doesn’t exist, but instead, there are a lot of circuit systems

that allot the managementof a specific emotion

to different and dispersed, but coordinated, areas of the brain.

The emotions, as the attitudes, goals and intentions

are activated without awareness; they can influence the way in which 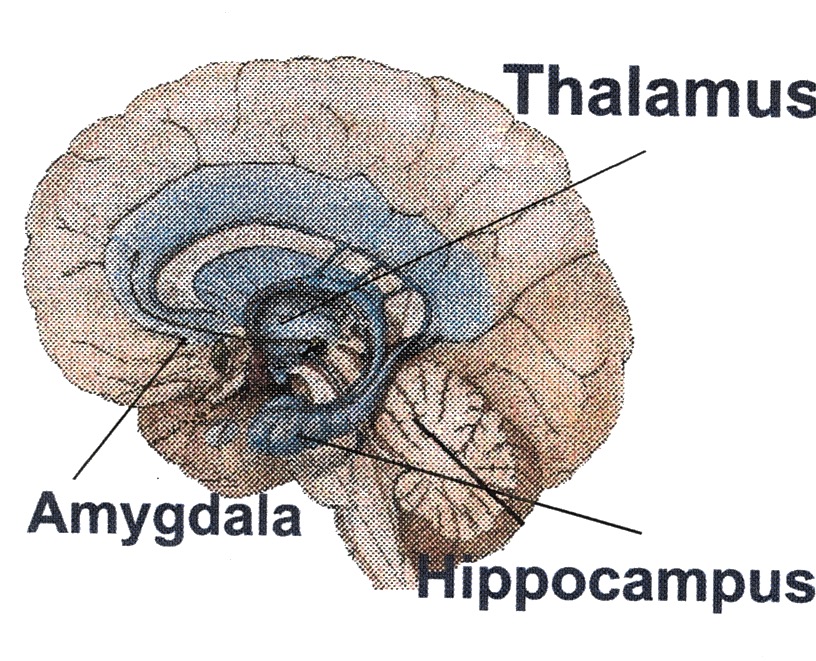 <<The primary visual area is connected also with the visual Thalamus which controls all the impulses deriving from the cortex. The thalamus elaborates impulses and distributes the elaborations to other different subcortical regions, including the Hippocampus and Amygdala, which seem to be involved in the emotional and cognitive functions such as the memory>> D.G.AmaraI1992 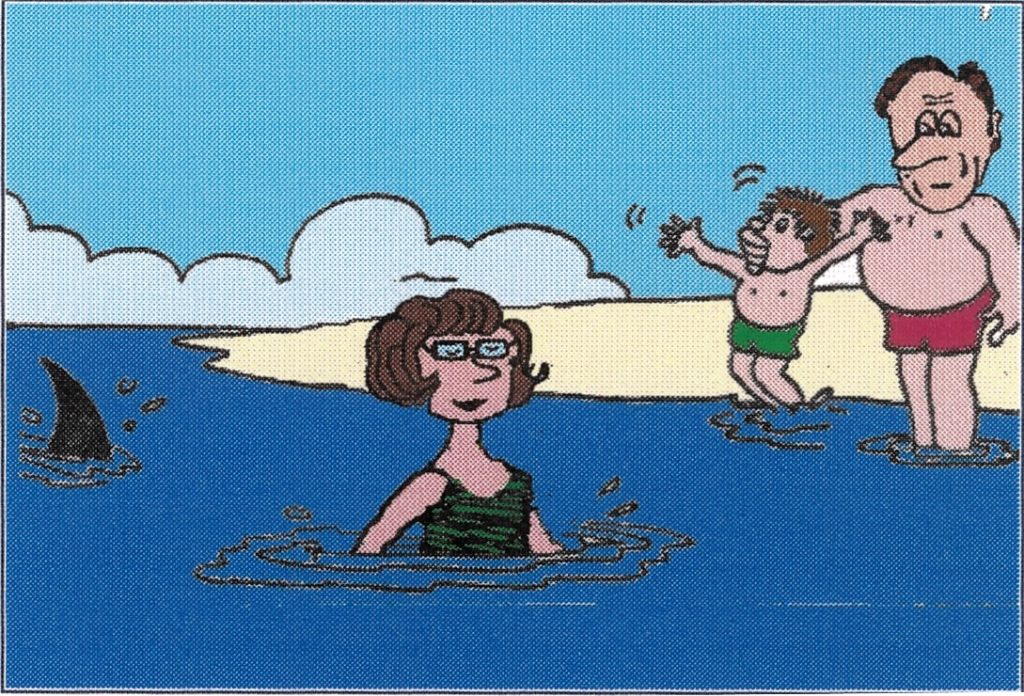 1- The images-representations of events that are emotionally saturated

are inclined to be fixed in the memory, and are more easily recalled.

has produced the neural tracks can recall the emotion linked to that stimulus.

3- By modifying the images, in a specific way, we have the possibility to change

the emotions and the unplesant behaviour linked to them.

<<Erickson was a teacher in communication through images, thus he utilized

his tendency to treat essentially in terms of primary trials,of archaic language,

of emotions, of space and forms: that means of images>> (E.Rossi,Watzlawich)

Our study had two aims:

2 -To measure the continuity of the efficiency.

The original sample consisted of 66 patients

We also collected data from a comparison group

that had received other treatment in the same number of sessions.

Patients were asked to rate their current level of anxiety on a 15 point scale,

ranging from not anxious to terribly anxious, before and after the treatment.

At the end of the treatment, an appointment was made

for a follow-up at 6 months.

The first one lasted two hours, while the duration of the remaining sessions

was about one hour and a half each.

If the therapist and the patient agreed to it,there were 2 or 3 additional sessions.

Two psychologists, one with considerable experience in hypnosis procedure,

the other with a good knowledge of the VA-E model, conducted the treatment.

The Inventory of State-Trait anxiety (S T P I)

State anxiety: how are you feel in this moment

Nil a little enought a lot

Trait anxiety: how you normally feel

General reactions in front of: ‘:

Probable physical danger Very nuch Not at all

Other persons are judging you

Very nuch Not at all

What was done in each session

1 -“Sowing” -that is setting the foundations for the concepts

on which to work subsequently -a story is told.

It is built with images founded in the patient’s dream sequences.

They are chosen paying attention to the emotions that have produced them.

(Erickson stimulated an intense attention on an enclosed sphere)

2 -The patient is asked to modify the story using

the necessary resources to improve it.

The patient is helped to consider his emotions as a source of well-being.

(Erickson carries out the therapy through a deliberate

on which it’s possible to repeat the words “or” and “/ can”.

On these words a post-hypnotic command is built:

must complete any anxious sentence its brain produces.

(The work to modify images and to build

to help the production of positive emotional images

that may stimulate the self esteem.

(Erickson used the indirect method to activate the associative schemes

and the tendency of answers that are present in the unconscious)

5 -The experiences that the patient has lived during the

week are utilized: the patient’s behaviour is used

together with his “feeling” and “thinking” through images.

With positive emotional images an ending is

built which, possibly, reproduces that of a dream.

The use of “or” and “I can” becomes a chore that

the person will consciously have to do in the days that follow.

6 -The next sessions aid to consolidate the new images

that are already recorded in the brain.

Passages of recorded story are commented on.

The actions that were full of anxiety will be thought about

and lived in a different way. They are re-structured.

While this study needs to be further confirmed, the result suggests

that the Milton Erickson approach integrated

is a very promising treatment for anxiety.

It can give Erickson’s approach to hypnosis and psychotherapy,

a way for not becoming isolated from the scientifically

based hypnosis and therapeutic communities.